This year my birthday dinner was had at Ezard . I had high expectations for this two-hatted restaurant and they were all met. The service was exceptional, beginning when the wait staff notice you arrive down the stairs and open the door to welcome you into the warmly lit underground interior. From that point on, the service did not miss a beat, including timing our meals. We really appreciated not being rushed trough the experience, as is so often the case.

As we arrived for a late sitting, Paul and I opted for the three course a la carte selection, rather than the eight course tasting menu. I plan to return for the degustation however, as it looked amazing!

After making our selections from the menu, we were given some bread with a selection of homemade salts and olive oil for dipping. Normally, I would not bother writing about the complimentary bread at the beginning of the meal, however the salts were incredible! One had a distinct rosemary flavour, with seaweed and tuna. There was also a sweet salt with an after note of chilli and a Szechuan pepper salt. Prior to the first course, we were given an amuse-bouche of King Fish sashimi. It certainly livened up the taste buds! 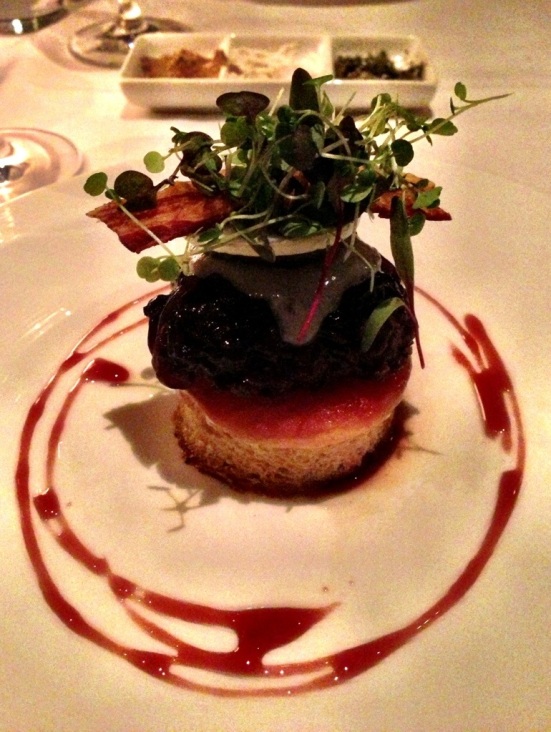 Paul’s first choice of master stock fried pork hock was not available, so instead he settled for the red roasted Barossa chicken. Served with zucchini and mint fritters, chang kiang caramel, garlic jam and pickled cucumber, it seems that really there is not a bad choice to be made on this menu!

Dessert:
From the minute I looked at the menu online, this was always going to be the dessert for me – salted caramel parfait, chocolate peanut butter crunch, pressed paw paw and blackberry syrup. An unbeatable dessert! 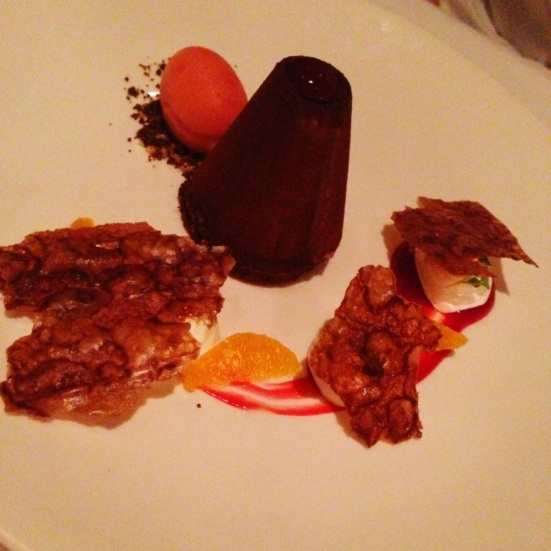 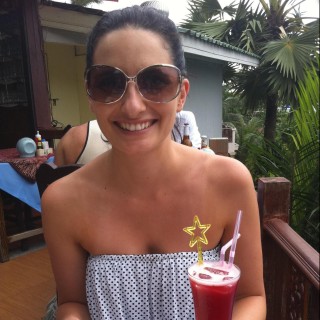 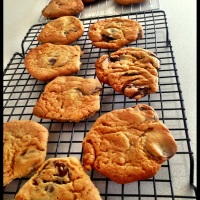 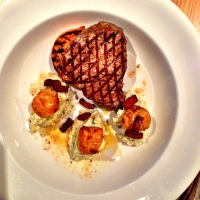 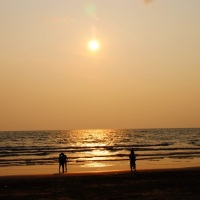 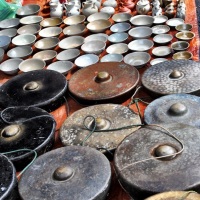